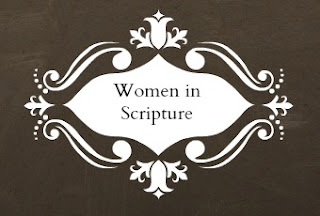 “So, setting sail from Troas, we made a direct voyage to Samothrace, and the following day to Neapolis, and from there to Philippi, which is a leading city of the[d] district of Macedonia and a Roman colony. We remained in this city some days. And on the Sabbath day we went outside the gate to the riverside, where we supposed there was a place of prayer, and we sat down and spoke to the women who had come together. One who heard us was a woman named Lydia, from the city of Thyatira, a seller of purple goods, who was a worshiper of God. The Lord opened her heart to pay attention to what was said by Paul. And after she was baptized, and her household as well, she urged us, saying, “If you have judged me to be faithful to the Lord, come to my house and stay.” And she prevailed upon us.” Acts 16:11-15

Who was Lydia? The text tells us that she was originally from the city of Thyatira, the modern-day Turkish city of Akhira, located in the province for which she was named. Lydia was a gentile, business woman who sold purple cloth and dye. Her hometown was well known for this trade especially the dye reserved for royalty. Therefore, she was likely a woman of means and able to maintain a household. Luke describes her as a “worshipper of God” meaning a seeker of YHWH, but not a Jewish proselyte yet. But when the Apostle Paul crossed Lydia's path on his second missionary journey, her life was changed forever. [1]

Paul desired to go to Asia Minor and preach the gospel but “the Spirit of Jesus” forbade him. (Acts 16:7). He then received a vision of a Macedonian man asking him to “Come over to Macedonia and help us.” (Acts 16:8). So in the providence of God, He shut the door to Asia Minor but brought a woman from Asia Minor to Paul.

We aren't given many details about Lydia's conversion but one thing is very clear - God opened her heart. The word open is translated from the Greek word dianoigo. This is defined by Greek scholar A.T. Robertson as “to open up wide or completely like both sides of a folding door.” Another definition is “to open by dividing or drawing asunder, to open thoroughly” from Greek lexicologist Joseph Henry Thayer. [2] Thus the Holy Spirit had been at work behind the scenes, changing Lydia's stony heart to a heart of flesh, and preparing it to receive the good news. As C.H. Spurgeon said, “Although the Lord opened the heart, Paul’s words were the instrument of her conversion. The heart may be opened and willing to receive, but then if the Truth of God enters not, what would be the use of an open door? But God always takes care to open the heart at a time when the messenger of mercy shall be going by, that the heart may give him admittance. “ [3]

Lydia exhibited her newfound faith in word and deed. She and her household were baptized, and she opened her home to Paul and his companions. This was not a small thing. During their time in Philippi, Paul and Silas's preaching resulted in the deliverance and conversion of a demon-possessed girl, which  was rewarded with beating and imprisonment. Also, the Jews had not given up pursuing Paul as a traitor to their faith. Yet, Lydia was willing to count the cost for the sake of her brothers in Christ and receive them gladly into her home.

In a way, Lydia's story is our story, too. The Holy Spirit was working in advance unbeknownst to us, creating a hunger for God and convicting us of sin. We were at exactly the right place and the right time to hear the gospel. A messenger delivered the Word, and God opened up our hearts to receive it. Likewise, the Holy Spirit enables us to live out our faith day by day.

Lydia's story also gives us hope for those whom we earnestly desire to come to Christ. Thankfully, the burden of saving a soul rests on more capable shoulders than ours or the ones who need the gospel. Yes, we should pray and speak. But in the end, we trust a merciful and gracious God. If He can open our hearts, He can open the hearts of those who still need Him.


This post was originally published at Theology for Girls in the fall of 2013.
Posted by Persis at 5:00 AM