Casting the proverbial gauntlet against God and the problem of meaning, philosophical atheists posit that language, meaning, and truth claims that are falsifiable take preeminence over those which are non-falsifiable. By emphasizing analytical over against analogical argumentation, atheistic theorists seek to limit the validity of truth claims that depend on phenomena outside the physical world. (Osborne, 2006, p. 500). 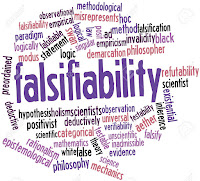 The famous atheist, A. J. Ayer, wrote Language, Truth, and Logic, establishing principles of both falsifiability and verifiability. In his works, Ayer stated that theistic belief is untenable, because the only possible method of falsification depends upon the end of one's physical existence (Osborne, 2006, p. 500). The analytical approach limits us to the physical world, but an analogical approach provides additional epistemological help, which Ayer rejected all of his life.

In the scriptures, Luke 16:31 provides a verifiable example of the type of truth claim that Ayer could have accepted analogically. Jesus states, "He (Abraham) said to him (the rich man), 'If they do not listen to Moses and the prophets, neither will they be convinced even if someone rises from the dead.’” The context of the passage is the death of the rich man and the disabled, poor man, Lazarus. Both men witness first hand a taste of the afterlife. The rich man, seeing his lot and the impassable chasm that separates him from Lazarus, begs Abraham to let him go back and tell his father and his brothers, so they will believe and repent (Luke 16:25-30, NASB).

Jesus’s response, in the form of parable, is both contextually relevant to his immediate hearers and consequentially persuasive for our time. He describes the dire punishment that awaits unbelievers, as represented by the rich man, and the relationship between physical evidence and unbelief. When Jesus refers to someone rising from the dead, his immediate context is the rich man's request in the parable. Yet the messianic meaning points to the future event of the resurrection of Christ himself. Thus, even when empirical facts with materialistic proof exist -- and even when that evidence can also subjected to falsification (John 20:27) -- those who hold an antithetical worldview won’t believe. Falsification and verification will not convince a hardened heart. By the time the atheist's life-long demand for verification materializes, it will be too late, as the experience of the rich man attests.

Interestingly, later in life, A.J. Ayer recounted a near death experience of his own, which eerily juxtaposed Jesus’s statements in Luke 16. Ayer wrote:


“My recent experiences (while medically declared dead) have slightly weakened my conviction that my genuine death, which is due fairly soon, will be the end of me, though I continue to hope that it will be. They have not weakened my conviction that there is no god. I trust that my remaining an atheist will allay the anxieties of my fellow supporters of the British Humanist Association, the Rationalist Press Association and the South Place Ethical Society.”

Ayer remained more consistent to his atheistic worldview than he did to his own theory of falsification, even though he admitted he had no more reason to hold to his disbelief. We know that unbelief and the quest for falsification will be thwarted in the end:

" at the name of Jesus every knee will bow, of those who are in heaven and on earth and under the earth, and that every tongue will confess that Jesus Christ is Lord, to the glory of God the Father" (Phil. 2:10-11)


A second atheistic theorist who held to the falsifiability principle, Anthony Flew, stated “no truth statement can claim veracity unless it can be falsified, that is, unless one can prove that the reverse cannot be true. (Osborne, 2006).

Here again we find rich irony, as Flew was also known for writing The Parable of the Invisible Gardener. In his parable, Flew's characters acknowledged the evidence of “the garden” (a metaphor for the world), its order, and its rationality as indisputable, empirical facts. However, what Flew's science was not empirically able to either prove or falsify in this system was the existence of the Gardener. From a rationalistic, analytical perspective, science could neither prove or disprove the existence of a gardener. Yet, in Flew’s case (unlike Ayer) the garden itself became a sufficient witness to the existence of deity - the Gardener. Eventually, Flew came to believe through the analogical argumentation of Aristotle and other classicists in the necessity of existence of an intelligent and rational Gardener behind the garden (Flew, 2007). 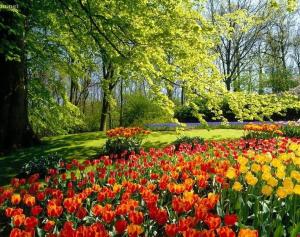 Flew transcended the weakness of analytical materialism and stumbled onto what analogical theorists taught, especially with regard to reclaiming the force of the linguistic device known as referent (or in this case, the Referent). Again, the scriptures speak to the very nature of the topic that Flew encountered, as Paul wrote to the early church in Rome:


For the invisible things of him from the creation of the world are clearly seen, being understood by the things that are made, even his eternal power and Godhead; so that they are without excuse (Romans 1:20, NASB).

Another well-known atheist philosopher, Karl Popper, famously stated that Darwinism is not a testable scientific theory, but a “metaphysical research programme” (Popper, 1976). Alhough Popper modified his statement later by adding that  some aspects of Darwinism, such as natural selection, may be falsifiable, his premise that we have no means of proving or falsifying origins theories remains (Popper, 1978).

Even so, the Christian worldview and our truth claims do not rest on empirical evidence or the falsifiability of facts. Rather, our foundation is based on the power of the God, proclaimed in the Gospel of Christ. We are not mere theists, but rather we have the full wisdom of God in special revelation, in which we believe because of the Spirit's work in us. Paul wrote:


For since in the wisdom of God the world through its wisdom did not come to know God, God was well-pleased through the foolishness of the message preached to save those who believe. For indeed Jews ask for signs and Greeks search for wisdom; but we preach Christ crucified, to Jews a stumbling block and to Gentiles foolishness, but to those who are the called, both Jews and Greeks, Christ the power of God and the wisdom of God (1 Cor. 1:21-24).

While our faith does not depend on evidence, we also know that Jesus accommodated the disciples by appearing to them after His death, by teaching them through miracles and healing in their presence. Therefore, God cares about the Christian's desire for experiential validation of key tenants of the faith as an ancillary feature of knowledge. By the Holy Spirit 's witness to the Word, He serves as a deposit for our faith and continues to draw us back to the source of all truth, knowledge, and wisdom.

When the Lord returns, we know our questions will cease once and for all, because our faith will be made sight:

References
Ayer, A.J. (1998). What I saw when I was dead. The Sunday Telegraph. http://www.philosopher.eu/others-writings/a-j-ayer-what-i-saw-when-i-was-dead/