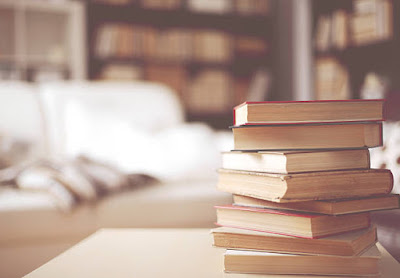 This is a quote on love for our neighbor in Body Broken by Charles Drew:


Zeal for the coming Christ and love for people go together. Our practice of public goodness aims not to put people down but to win people to him before it is too late. What our culture needs these days is a vibrant, plausible, winsome Christianity. Intellectual and philosophical arguments are important and good, but they cannot stand alone. They must come from lives of people who have evidently been changed for the better by the God they profess. Do we love people enough, we must ask, to showcase - by how we talk, how we do business, how we do politics, how we treat people, and how we as Christians get along with each other - something of the goodness, justice, loyalty, beauty, and love of our true home?


If we know anything about God, it is because he has chosen to make it known; revelation is a gift. In that light, our task cannot be speculation. Our response to his revelation concerning himself is not to demand knowledge of that which he has chosen to conceal.

Instead, Christian humility requires us to receive with gratitude what he has spoken and to limit ourselves to what he has said and done, rather than pine after what he has not said and those works he has left unperformed.


[Matthew Barrett in None Greater: The Undomesticated Attributes of God]

From Herman Bavinck's Reformed Dogmatics: God and Creation.  Bavinck has spent time discussing the arguments for the existence of God:


Faith attempts to give an account of the religious impressions and feelings that we humans receive and carry with us in our soul. That faith also exerts its influence on the intellect, which in turn seeks little by little to introduce some order in that chaos of impressions and notions. It classifies them and reduces them to a few categories. Impressions come to us from the world of ideas (the ontological argument); from the world of finite contingent, and mutable things (the cosmological arguments); from the world of beauty and harmonious design (the teleological argument); from that of moral order (the moral argument); from the speech of history of all humankind (the universal consent and the historical argument). However, although these impressions may be so classified, no one should ever think that these six proofs are the sole, isolated testimonies God sends us. On the contrary; to the believer all things speak of god; the whole universe is the mirror of his perfections. There is not an atom of the universe in which his everlasting power and deity are not clearly seen.

Posted by Persis at 5:30 AM No comments:

Each Friday, we share links we found especially interesting or inspiring during the previous week.

5 Minutes in Church History is one of my favorite podcasts. Here's an interesting episode about Perpetua and Felicitas, two early Christian women who were martyred for their faith.

Karl Vaters discusses "6 Important Differences Between Performance Music and Worship Music"  It contains good points but also generates more questions. My first question is how does the us of "worship teams" with multiple people on a platform as the centre of attention make the risk of performance greater than a more minimalist approach.

I appreciate Pastor Sam Powell's posts. This is from Good Friday of last week but worth contemplating any day - Ye Who Think of Sin But Lightly...


How bad is our sin? Our sin is so bad that the only solution was the death of the Son of God. He who is perfect innocence, infinite love, immaculate beauty, pure and undefiled goodness….the one who cried out with tears in Gethsemane “If you are willing, take this cup away from me”. But the cup would not be taken away, because it is the only way that sinners can stand before God. His compassion and obedience were perfect, for he is true and righteous man. And his power is infinite, for he is true God. “Not my will, but thine be done.”

Posted by Rebecca Stark at 5:00 AM No comments:

My Greek professor, Wayne Baxter, has written a book We've Lost. What Now? Practical Counsel from the Book of Daniel. It deals with the issue of coping as Christians in culture when we have become marginalized:


God knew that the Western church would eventually lose its footing in society and be shoved into the periphery. And yet, God is still there for us. In the midst of the mockery and the animosity that we so often attract, we can still humbly turn to God with confidence, knowing that he has not excused himself from the scene. Though sometimes feeling abandoned, he has not left us as orphans (Isa. 49:15). Therefore, although we live in exile we should never live with a sense of despair over our circumstances, simply biding time until Jesus "calls it" and finally returns for his church. For not only can we count on God's abiding presence, he has also given us unique gifts to equip us in our exile in order to enable us to speak prophetically, through word and deed, to a watching world so that we can witness more effectively to our community.

We just finished a Sunday school class on John Owen's Mortification of Sin. Here is an encouraging quote on who supplies the wherewithall to mortify sin.


Christ is the fountain from which the new man must draw the influence of life and strength, or he will decay every day. If we are 'strengthened with power ... in [our] inner being', it is by Christ's 'dwelling in [our] hearts through faith' (Eph. 3:16-17).

That this is not to be done without the Holy Spirit we have already considered. You might ask: 'Whence, then, do we expect the Spirit? From whom do we look for Him? Who has promised Him to us? Who has secured His aid for us?' Is not the answer to all these questions, Christ alone?

Posted by Persis at 5:00 AM No comments:

Each Friday, we share links we found especially interesting or inspiring during the previous week.

Natasha Crain models one excellent way to help older kids (middle school aged and up) think through some of the so-called wisdom they hear: Choose Kind Over Being Right?

This morning I attended weekly chapel with my kids at their school. At the end, one of the kids from student government shared an “inspirational quote” . . .

I was happy that both of my 10-year-olds immediately looked up at me with a questioning glance. This is the kind of secular wisdom that sounds good but has layers of problems. Like other quotes of this nature, there is some truth, but it’s also very misleading.

Amy Mantravadi continues her articles on the doctrine of God - How Can We Know God?

Christianity is a religion of revelation, and our God is a God who reveals himself. Perhaps you, like me, experience dark days when you feel that God is distant or even absent from your life, but it is a great comfort to know that God has not left us as ignorant orphans. He has condescended and spoken, authoritatively and finally, into our lives. Human history is the story of the revelation of God.

Matthew Boffey shares "Three Rules for Using Commentaries." I am thankful that he points out that we need to think ahead before choosing one.

A very helpful site that I have benefitted from is Best Commentaries. It has the added help of indicating whether the commentary is technical, pastoral, or devotional.

Posted by Rebecca Stark at 5:00 AM No comments:

Look for the Helper 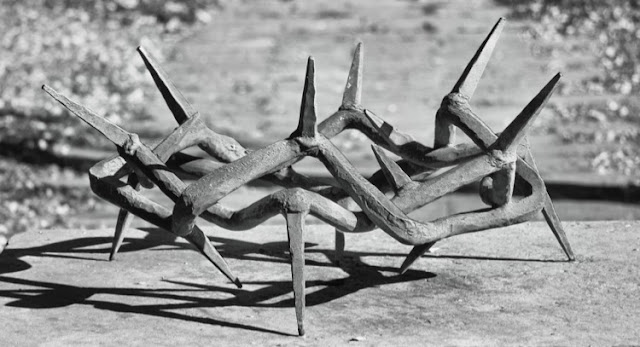 I knew a young man who embraced the gospel joyfully (or so it seemed), began to attend church, but then rejected it all when his old friends rejected him. His friends thought he’s gone nuts, especially when they found out what Christianity teaches about sexual morality. Their insults and ridicule were too much for him to bear, and before long he chose his friends’ approval over Christ’s.

It can be difficult to be a Christian when your friends, family, and culture reject you. The temptation to leave the faith because of the suffering that comes from this kind of abuse is real.

The people to whom New Testament book of Hebrews was written had experienced similar suffering, but to an even greater degree. After they “were enlightened,” they had “endured a hard struggle with sufferings, sometimes being publicly exposed to reproach and affliction . . . .” Their possessions were confiscated, too, and some of them were imprisoned (Hebrews 10:32-34 ESV). They were mistreated because of their faith, but unlike the young man I knew, they stayed the course. They could have avoided their trials by walking away from the faith, but instead, they courageously and joyfully chose a path they knew would bring more trials to them.

At the time Hebrews was written, it seems they were facing suffering again, and the author of Hebrews was concerned for them because they “were being tempted to be disloyal to God and give up their Christian profession.” [1] This time around their trials might be even worse. This time, perhaps, a few would be called to lay down their lives for their faith (Hebrews 12:4). Would they all stand firm once more? Or would some of them “drift away” (Hebrews 2:1) when the going got rough?

The author of Hebrew encourages them to withstand this round of suffering by pointing them to Jesus:


For since He Himself was tempted in that which He has suffered, He is able to come to the aid of those who are tempted (Hebrews 2:18 NASB)

I’ve quoted this verse from NASB because it (along with the NRSV) translates this verse in a way that makes a point that both of the commentaries I consulted [2] also make. The subject of the paragraph this verse is in is Jesus offering himself as a sacrifice for human sin. This verse, then, isn’t focusing on Jesus’s experience of human temptation in general, but rather on the temptations he experienced as he faced the cross.[3] He was tempted to choose an easier path than the “way of suffering and death.”[4]

But he didn’t give into temptation. Jesus was “obedient to the point of death, even death on a cross” (Philippians 2:8).

Those who first received the Epistle of Hebrews could look to Jesus, the founder of their salvation (Hebrews 2:10), as an example of endurance in suffering. But he wasn't simply an example to them. He could help them stay true when they were tempted to turn away from him in order to avoid trials.  Jesus experienced temptation similar to theirs, so he could intercede for them before the Father. “What a source of strength it was to them,” writes F. F. Bruce, “to be assured that in the presence of God they had as their champion and intercessor one who had known similar and even sorer temptations, and had withstood them victoriously.”[5]

Jesus is our intercessor, too. When we are tempted to do whatever it takes to avoid insults and rejection because of what we believe—and at this point in time, that’s probably the worst we’ll have to endure, although I expect thing to get worse in the future—we have a helper who understands how much this kind of suffering hurts. He will come to our aid. Because "He Himself was tempted in that which He has suffered," he can help us endure our trials and stay faithful to him.