Are You a Contender? 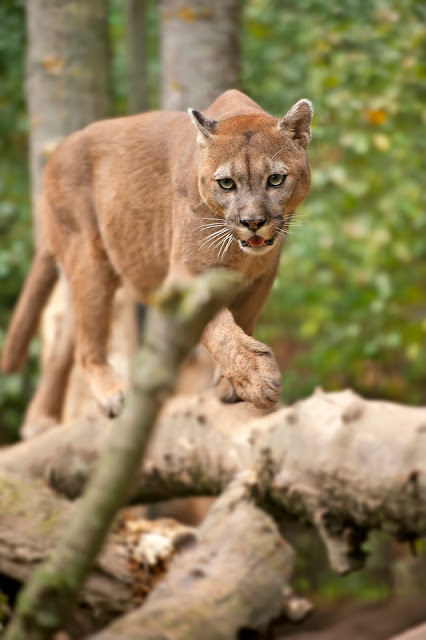 Beloved, while I was making every effort to write you about our common salvation, I felt the necessity to write to you appealing that you contend earnestly for the faith which was once for all handed down to the saints. For certain persons have crept in unnoticed . . . ungodly persons who turn the grace of our God into licentiousness and deny our only Master and Lord, Jesus Christ. (Jude 3-4 NASV)

A few years ago I read a news story about a British Columbia woman who saved her son from a cougar. She saw a cougar mauling her seven year old son as he played outside, so she ran out and fought off the predator with the kitchen towel she carried in her hand. She courageously risked her own life to protect her boy.

Looking for the news story about this incident, I googled the phrase “mom saves child from cougar,” and on the first page of results I found four other stories of heroic mamas. One mother used a camping cooler, one a water bottle, and another her bare hands to save their children from a cougar attack. The last mother saved her child but died from her injuries.

Faced with a dangerous attack on a beloved child, would any mother simply stand and watch? No, a mother's love for her child compels her to protect and defend—and fight to the death if necessary.

When Jude wrote his New Testament letter to one of the early Christian churches, he urged the members to fight to protect and defend the faith—or, to use his language, he called them to contend earnestly for it. “Certain persons” who claimed to be believers, had "crept" into the church. They looked like ordinary Christians, and they settled into the body like ordinary Christians did, but they had joined the group for shady reasons. We don’t know the details, but it seems that both their actions, which were immoral, and their teachings, which were false, attacked “the faith which was once for all handed down to the saints.”

The believers in this church (the true ones, that is) knew enough about the doctrine of the apostles—the teachings that were probably already set down (and handed down) in a not-yet-completed New Testament canon—that Jude didn’t need to flesh out the “the faith once for all delivered.” These early Christians were already united around the body of doctrine that was the faith, so Jude could jump straight to his appeal for them to defend it.

The sneaky false teachers were attacking this church from within, and Jude’s letter is a plea for every single true believer there, everyone “called, beloved in God the Father and kept for Jesus Christ” (Jude 1), to rise up and defend the apostles' gospel. And because Jude’s letter is scripture, it is, by extension, a plea for every true believer down through the ages and across the world to be ready to protect and defend the gospel. The call to defend the faith is not just for pastors and deacons, but for all laymen and laywomen, too. God calls us all to be defensive warriors, fighting against imposters within the church who destroy others by distorting the truth.

Like the brave mothers who snatched their children from the cougar’s jaws, our fight to defend is compelled by love. We fight, first, because we love the truth, and second, because we love people and want to save them from certain death. We fight to “save others by snatching them out of the fire” of God’s judgment against unbelief and apostasy. We defend the truth as an act of mercy toward "those who doubt” (Jude 22-23).

Step one for contenders, then, is to know the truth. Jude’s first readers (or hearers) had a partial canon of scripture, yet he assumed they understood what the faith once for all delivered to the saints was. We have a complete canon, and our own personal copies of scripture, so we have no excuse for not knowing the whole body of doctrine handed down to us from the apostles. If we don't know it, we can learn it as we study the Bible, or as we read or listen to faithful Bible teachers.

Step two is to step up and defend the faith we know. Although there may be cases in which false teachers need to be physically removed from the body, fighting for the faith is mostly a war of words. We fight for the faith by talking (and maybe writing). And while we may sometimes be forced to use strong language as a weapon against wolves in our midst, most of our contending won’t look like a war—even a word war. No, our most most common defense tactics will be teaching and reminding.

We contend for the faith when we teach the truth to those among us who don’t have a firm grasp of it. Our hope is that as they learn, they become more grounded in the faith and less likely to be snatched away by false teachers with a false gospel.

And for those who are already established in the faith? As we remind each other of the beauty of the truth we already know, we encourage faithfulness to it (2 Peter 12-13). We fight for the faith by helping each other remember how lovely our gospel is, because those who are busy basking in the glory of the real gospel aren’t fooled by a false one.
Posted by Rebecca Stark at 4:30 AM