When It All Started 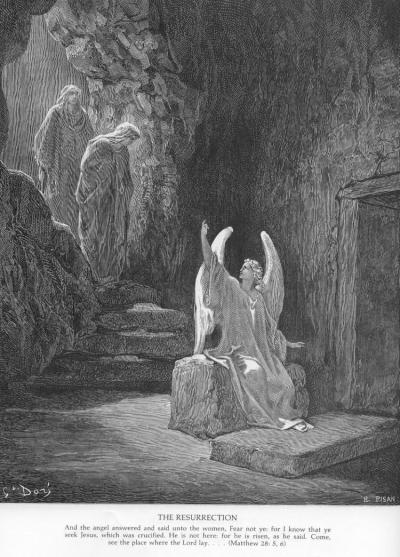 What is the root of the story of Christianity? Why is there a story of the Christian faith in the first place, especially one that unfolds over two thousand years—so far?

In 2000 Years of Christ’s Power: The Age of the Early Church Fathers, Dr. N. R. Needham answers these questions by pointing to one historical event: the resurrection of Jesus. Here’s how he explains the significance of the resurrection in creating the Church and starting the story of Christianity:


The original followers of Jesus were all Jews, and they had no intention of being anything other than faithful and pious Jews. They continued to worship in the Jerusalem temple, to obey the law of Moses, and to have a negative attitude towards Gentiles. The living heart of their faith was not so much the death as the resurrection of Jesus of Nazareth. When Jesus was executed, despair had engulfed his followers: they seemed to have a dead leader and a lost cause. Is was Jesus’s resurrection from the dead that transformed these broken and despairing people into the fiery apostles and martyrs of a new faith — a faith which, within three centuries, and despite vigorous persecution, would conquer the whole Roman Empire. In the thought and preaching of the early Church, the resurrection was seen as God’s mighty vindication of all Jesus’s claims: He really was the long-promised Messiah of Israel, the Son of God, the Saviour of sinners, the source of God’s gift of the Holy Spirit to all wo obeyed Him (see for example, Acts 2:33-6, 4:10-12, 13:30-39, 17:30-32, and Romans 1:3-4). So whichever period of Church history we are studying, it is always worth pausing and reminding ourselves of this: the entire history of the Christian Church is rooted in one central reality — the resurrection of Jesus Christ from the dead. If Jesus of Nazareth had not risen, there would be no Church history. 1

The resurrection changed everything.

But the resurrection of Jesus also started the Christian faith, spurred its growth, and fueled its spread. If Jesus had not risen, Christianity would not exist. There would be no story of Christianity to trace through the ages.

Yes, the resurrection of Jesus changed everything. It changed you, and every other believer. And it changed the history of the world, too.