A Time to Weep 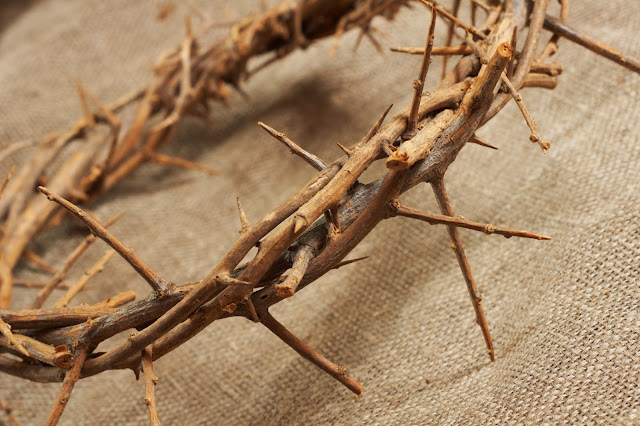 Have you considered why Jesus wept when his friend Lazarus died (John 11:1-44)? Before he left for Bethany with his disciples, Jesus told them he was going there to awaken Lazarus, who, he said, "had fallen asleep." We know, then, that he planned to raise Lazarus. Jesus knew Lazarus's death would be temporary—at least this time around. As Jesus wept, he knew that in minutes, Lazarus, his sisters, and all those who loved them would see the glory of God, and they would all be rejoicing like never before. But still, when Jesus saw Mary, Lazarus's sister weeping, and others weeping with her, he was “deeply moved in his spirit and greatly troubled,” and he wept, too.

Do you think he wept because he knew that however brief their sorrow this time round, and however joyful their coming reunion, Lazarus would die again? Was he deeply moved because he knew their sorrow would return, inescapably, over and over for the rest of their lives. Was he greatly troubled because he saw the terrible results of sin in the world, and knew that overcoming them would require his own death on the cross?

When I was young, every church I knew had a service on Good Friday afternoon. My present church  doesn't have a service on Good Friday, but we do have one on Thursday night—a Maundy Thursday service. We sing a few hymns, share the Lord's supper, and hear the story of Jesus's betrayal, arrest, trial and crucifixion read aloud from scripture. The readings—and the service—end with Jesus on the cross, "[breathing] his last." Only a hard-hearted person could listen to this solemn story and not be moved by it.

Not all churches have a special service before Easter to remember the death of Jesus. Some go straight from Palm Sunday and the triumphal entry (if they celebrate Palm Sunday, that is) to Easter Sunday and the resurrection. Whether your church has a service centered on the cross or not, I hope you'll pause sometime during this week between the commemoration of Jesus's triumphal entry into Jerusalem and the celebration of his glorious resurrection to contemplate his humble death.

Before Jesus raised Lazarus, he wept over sin and suffering and death. Mourning came first, and then those words with power over death: "Lazarus come out!" Shouldn't we, then, weep for Jesus's suffering and death before we rejoice that he has risen? Shouldn't we pause to ponder the dreadful results of our sin and be deeply moved in our spirits? On Sunday morning, the beauty of the resurrection of Jesus will shine brighter if it's set against the darkness of his obedience "to the point of death, even death on a cross" (Philippians 2:8). Let the mourning come first, and then those words of true glory: "He is not here, for he has risen. The Lord has risen indeed!"

Am I a stone, and not a sheep,
That I can stand, O Christ, beneath thy cross,
To number drop by drop Thy Blood's slow loss,
And yet not weep?

Not so those women loved
Who with exceeding grief lamented Thee;
Not so fallen Peter weeping bitterly;
Not so the thief was moved;

Not so the Sun and Moon
Which hid their faces in a starless sky,
A horror of great darkness at broad noon--
I, only I.

Yet give not o'er,
But seek Thy sheep, true Shepherd of the flock;
Greater than Moses, turn and look once more
And smite a rock.

Posted by Rebecca Stark at 4:30 AM