Of God, Boxes, and Hooks 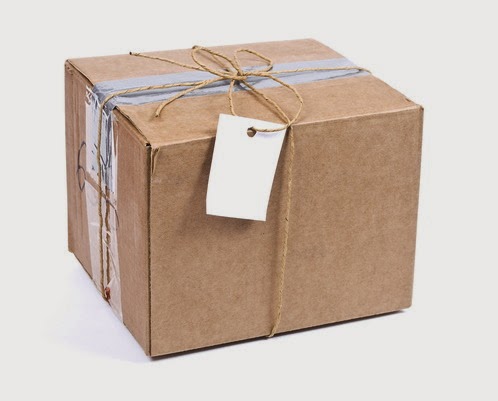 You've heard the argument, I'm sure. One person makes an assertion about God and another responds, "You can't put God in a box!"

And it's true. We can’t put God in a box. God is Creator—the one who created us and created the boxes we exist in. We are the ones in boxes, and never the God who stands over us, hemming us in, "behind and before," determining our "times and the boundaries of our dwelling places."

God is in a category all by himself; that's part of what we mean when we say he is holy. He is not like us or anything else we know or experience. He is infinite and we are finite. We can't put him in a box.

But sometimes the God-in-a-box statement is used to object to any definite statement about God. (Except, I suppose, the assertion that God is love. Everyone agrees with this one!) Since God is beyond us, mysterious, and incomprehensible, we can have no certain knowledge of him, the reasoning goes, and any assertions about him are bound to be false because they reduce the infinite, incomprehensible God to a statement (or set of statements) about him.

Particularly troubling to some are statements that God can't do something or must do something. They seem like automatic God-limiters, don't they? There are no rules or standards to which God must conform his actions and no limitations on his abilities, so can it ever right to say that God can’t or must do something? If God is completely free, how can must and can't apply to him?

What these arguments don't take into account is this: Our God is a talking God. He has chosen to communicate to us, telling us about himself. Yes, God is incomprehensible and free, but he also has a  a definite nature. And he's chosen to communicate truths about who he is in language we can understand. God can't be put in a box, but in his Word he's given us big hooks to hang our hats on as we seek to know him.

One aspect of God's revealed nature is his unchangeability. "I change not," he says, so we know he is who he is and he won't be morphing into someone or something else tomorrow or the next day—or ever.

It’s because of his unchanging nature that we are not necessarily limiting God when we make must or can't statements about him. We are not limiting God, for instance, when we say he can’t and won't lie. We're not saying there is a set of rules which includes a prohibition against lying to which God himself is bound, a set of rules that he must always keep even when he desires to do differently. What we are affirming is that God is truthful and he doesn't change; therefore, he cannot lie.

Saying that God must bring judgment against sin and sinners isn't limiting him either. It's simply acknowledging that God is characteristically and unchangeably just. Expressing himself fully and freely means that he always punishes (or judges) sin, and if he didn’t he wouldn’t be who he is.

These examples show that some can't and must statements are simply declarations of God's perfect ability to forever be who he is, and to forever speak and act in accordance with who he is. When you get right down to it, a God with can'ts and musts is not less than a god without them, but more.

It's a good thing for us that God has can'ts and musts. A God who can't lie and can't deny himself is one who can be trusted. And when we assert and believe what God tells us about himself, including the biblical can't statements, we are not dishonouring him by limiting him, but honoring him by trusting his own revelation of himself. It glorifies God when we hang our hats on the hooks he has given us.
Posted by Rebecca Stark at 5:00 AM