Identity: Knowing Who We Are in Christ

The professional women sitting next to our dinner table last week gloried in their roles as nurses as they traded recent stories of pain and recovery from the hospital down the street. Yet I wondered whether they realized that nursing is merely their vocation, not the core of their identity. Likewise, my niece and her closest friends encourage one another as they share the challenges of homeschooling in their common vocations as young moms. But do they understand how fleeting this season of life will seem in a matter of a few years when their raucous, chaotic living rooms morph into much quieter empty nests?

Another young woman, whom I have discipled in the past, regularly introduces herself as “an addict” to close acquaintances, even though she has not taken a mood-altering substance in nearly four years. She understands that in her weakness she is still susceptible to temptation. So for her, retaining the “addict” moniker helps to keep her humble and realistic about the remaining potential to slip up. However, I still wonder whether she fully understands that her temptation does not define who she is as a person in relationship to others and who she is becoming as a Christian believer.


Far too often, we think of ourselves mainly in terms of what we do or how we feel about ourselves and our relationship to our temporal circumstances. Becoming aware of our position and identity in Christ uplifts us by pointing us to tremendously empowering truths and confronts us with some sobering facts.


James gives an example of this paradox when he exhorts the poor and lowly person to “boast in his exaltation”, while simultaneously telling the prosperous person to glory “in his humiliation” (1:9-10). Remember, in context, James is discussing temptation, desire, and sin. It is no mere coincidence that James drops this gem right in between his teaching about trials and temptations. Self-skewing illusions of personal grandiosity and personal loathing will taint our view of who we are before God, making us susceptible to wiles of the evil one. We must look to Christ to see ourselves rightly.

Typically, as reformed women, we are keenly aware of the danger of emphasizing worldly wealth and position, recognizing it as potential idolatry. Few of us knowingly dare to set ourselves up as empresses and cosmic judges, out from under the scrutiny of our Holy God and Creator. Before congratulating ourselves, let us be careful, lest we fall (1 Cor. 10:12).


The subtle lie that the serpent used to entice the woman before the fall remains a temptation about which we ought to be vigilant: “For God knows that when you eat of it your eyes will be opened, and you will be like God” (Gen. 3:5a).  The distortion of the Creator/creature distinction is at the heart of much sin and most heresy. “Pride goes before destruction, and a haughty spirit before a fall” (Prov. 16:18).


The poor and downtrodden, on the other hand, perhaps more acutely understand and experience the insipid nature of the fall. Regularly reminded of the effects of remaining sin in the world and in themselves, the lowly and oppressed often struggle to grasp the inherent dignity of human beings, created in the image of God (Gen. 1:26-27).  Rather, the tendency of those of us who are poor in spirit can be to view our identities based on what we perceive we lack, rather than what we inhere.


The irony, of course, is that a mysterious “beast of the field”, that crafty serpent, “more crafty” than the other beasts, deceived and interrogated Eve as though he held dominion over her. The serpent's questioning of Eve took precedence over God's goodness and her calling. The serpent deceived the woman into denying her calling as image-bearer of God and to falsely perceive a lack in God’s good creation. This false perception was the deception that led her to disobey the Creator’s command. 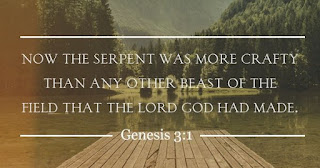 Similarly, we also fall prey to the deception of sin and temptation when we imagine ourselves as mere brute beasts, defined by “natural” desires that we imagine God gave us. In reality, deception and distortion of the imago Dei sneakily lies underneath the fig leaves of our self-made identities, because we define ourselves by that which we imagine God has failed to provide. Whether we base our identity on spiritual poverty, such as a sinful temptation toward substances or relationships, or define our identity by actual poverty or lack of privilege, we have forsaken our Divine calling as image bearers.


Our loving Creator, who rightly despises sin and rebellion, rescued fallen sinners from this evil, for His ultimate glory, in the Person of Jesus Christ. The Lord, our God, came to renew and restore His people to right relationship with Himself. Whether we lean toward the prideful and prosperous, who eschew the creature/Creator distinction, or toward the lowly and poor of spirit, who diminish the goodness of the image of God, if we are in Christ Jesus, we are being made new. As new creations in Christ, our story does not end when our redemption begins.


When God saves us, He enables us to walk in union with Christ. We are not yet what we will be, but we are no longer what we once were. By the Holy Spirit, we are empowered to live out our callings as image bearers again, as new creations in Christ (2 Cor. 517). James tells us:


"Do not be deceived, my beloved brothers. Every good gift and every perfect gift is from above, coming down from the Father of lights, with whom there is no variation or shadow due to change. Of his own will he brought us forth by the word of truth, that we should be a kind of firstfruits of his creatures (Ja. 1:16-18).


John Calvin wrote in his commentary on this passage that “It is no common nobility into which God extols his own children… justly are they said to be excellent as firstfruits, when God's image is renewed in them.” 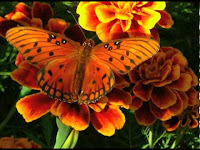 When the Truth of who God is emerges to reorient our hearts and minds, we will begin to see ourselves rightly. No longer will we desire the path of the prideful, prosperous fool, setting ourselves up as mini-empresses who usurp the Creator. No longer will we see ourselves as spiritually impoverished beasts, enslaved to the sin nature and the world system.  For we died to sin and are now alive to Christ (Rom. 6:17, Eph. 2:4-5). We are righteous with the righteousness of Christ alone, the perfect Son of God (Rom. 4:5).  Let us praise Him!
Soli Deo Gloria!
Posted by Deb at 4:43 PM